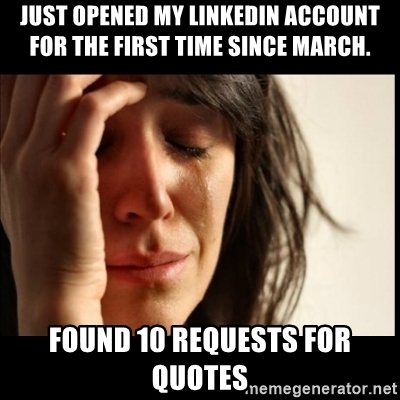 A few weeks ago, I opened my Twitter feed and discovered a thread that went something like this.

Tweet One: “Ya’ll, the volume of LinkedIn requests is insane, no?

Eight similar tweets piled on. Then came this one:

“The problem is: buried inside the crappy solicitations are some really great connections.”

Now, that’s what I call ironic—Twitter users taking LinkedIn users to task for doing practically the same thing: taking care of business, raising their social profiles, self-promotion to enhance their livelihood. Call it whatever you want, but all these activities are cousins in the same family: sales. And yet, out of a dozen people, only one made a positive comment about LinkedIn as a networking and sales tool.

Not only do these comments reflect ignorance of LinkedIn’s value to people in professional occupations; they reflect contempt for a function that all profitable businesses depend on: sales.

Unlike my Twitter brethren, I don’t cringe when anyone approaches me on LinkedIn (or anywhere else) with the hope of finding out whether we can do business. Matter of fact, I’m inclined to give them a healthy dose of respect. Here’s why.

I graduated from college during a severe recession. Jobs in my field weren’t plentiful, but I got a low-paying job as a radio reporter. After struggling financially, I gravitated toward sales because I thought I might earn more and live better. I did. I sold copy machines, then industrial training and finally environmental remediation services before I finally became a writer and started working in communications and content marketing.

When I later started a freelance business, my sales experience came in mighty handy, especially after I ran through the referrals that came at the beginning. I still get a fair number of referrals, but they represent only a small portion of my income each year. The rest comes from new contacts I initiate on my own—also known as sales. 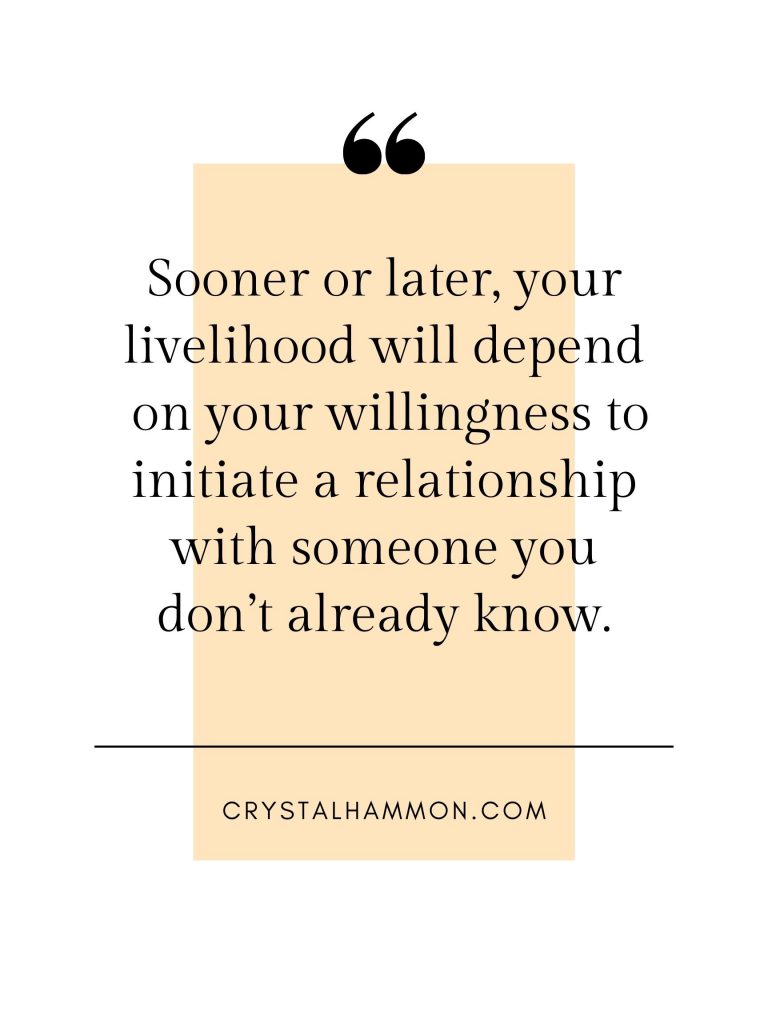 Aside from my experience in sales, I also know/love/admire many people who built their careers and businesses by being good at sales.

I’ll bet you know people who work in sales, too. Is it possible that all the sales people we know succeeded without ever reaching out to someone they didn’t know? Or should we imagine that they thrived their entire careers on the referrals that came their way? I think not.

Referrals are great, but sooner or later, everyone’s livelihood depends on getting new business, on initiating relationships with people they don’t already know. In every organization, somebody must do what is evidently now considered dirty work. In a world where self-promotion has become so necessary, it’s mystifying to me that we’re culturally averse to being contacted by someone who sells legitimate products and services, thereby generating revenue for themselves and others.

That brings me back to LinkedIn, which is by its very nature a networking and sales tool. During the pandemic, it’s been one of the few ways people in all industries could connect with prospects.

When I get an invitation or request in LinkedIn from someone new, I think, “This is someone who would like to do business with me.” They’re taking care of business, showing initiative, targeting me as a possible prospect. As long as they’re professional about it, what’s not to like?

LinkedIn gives buyers and sellers a way to evaluate each other from a relative distance. In an era when most email addresses are cloaked for security reasons, it’s a safe, expedient way (sometimes the only way) for people to meet.

This year I started a premium LinkedIn subscription that allows me to reach out to people by sending direct messages. Do I expect every LinkedIn message or invite I send to be welcomed or even answered? Of course not, but sometimes, I contact someone at just the right moment, a moment when they’re looking for someone with my skills.

In my next few posts, I’ll share tips from LinkedIn experts about how to use this tool more effectively. I may not persuade you to love all the sales people who come your way, but maybe you’ll learn something about the LinkedIn playbook that will help you (dare I say it?) become a better sales person.

I’m busy enough as a freelance writer that I don’t post much content to my blog, but I do publish an occasional newsletter. Subscribe here and you’ll get links to my blog posts paired with bonus content intended to help you lead a good life and do good work. 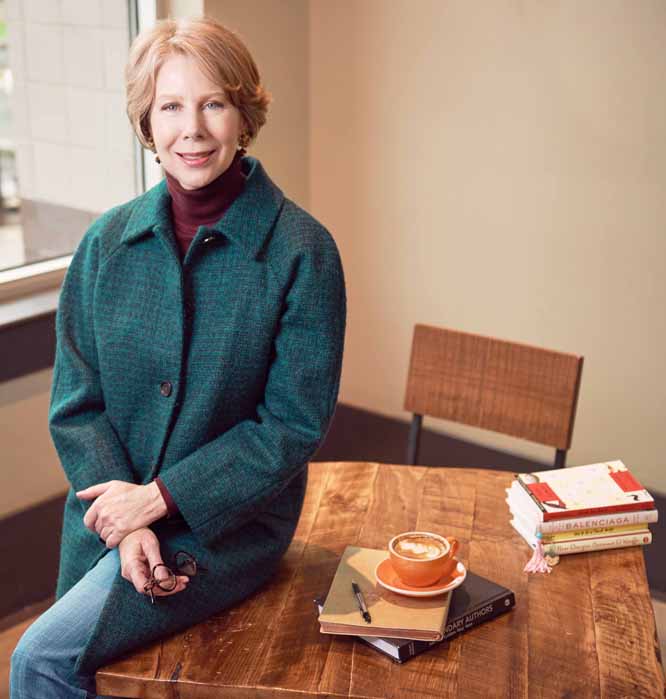 I'm a down-to-earth liberal arts sorta girl who writes for a living and blogs for fun, but I'd really rather write for you!

Lately I’ve been wondering what’s the point of

You think carving out time for creativity is hard?

Reflecting on this week, I can’t help feeling th

Such things I’ve never seen before. You?

To all young writers, let this be the year you sur

One of the first designers to embrace ready to wea

Let it not be said that I lack a green thumb. Here